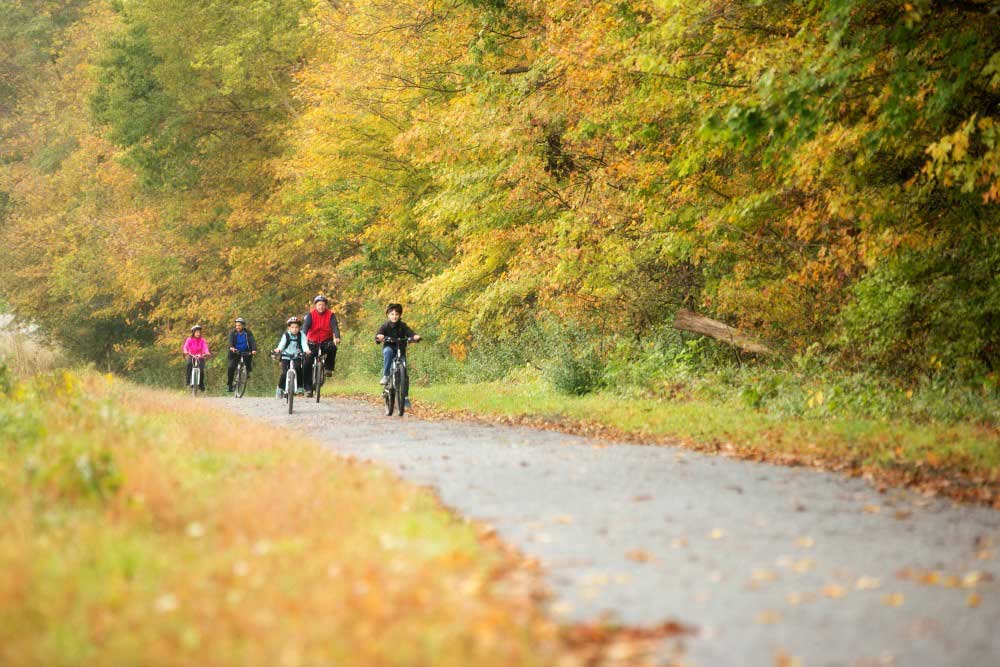 Milford Borough was incorporated on December 5, 1874 having been previously part of Milford Township. Settlers and Native Americans who lived here enjoyed the blessings of rich forests, beautiful lakes, and the fresh waters of the Delaware River and the streams that feed into it. We invite you to do the same.

The village was laid out by John Biddis in 1796, naming the streets after his children and family, and the lanes after his favorite fruits and berries. Judge Biddis took his inspiration from the design of Philadelphia, the nation’s first capitol. Some say the name Milford came from Milford Haven in Wales, where John Biddis’ father William was born. Others say the Wells’ mill and the spot where the Delaware was forded resulted in the name Mill‐Ford.

Judge John Biddis brought his family from the plague‐stricken city of Philadelphia in 1793 to Wells Ferry (as Milford was then called), where he bought a huge tract of land and built a cottage. Immediately, Biddis divided up this land into some 530 lots on streets and service alleys and devised a scheme to market them. He called the village he laid out “Milford.” As an enticement to would‐be investors, he offered two acres outside of town for every lot purchased in town, and also proposed to erect in his envisioned “future seat of justice” an extensive manufactory for paper and pasteboard on the Sawkill. This plant (located on the site of the current Upper Mill) would become the first in the United States to use wood pulp in paper manufacture.

In 1795, Biddis returned to Philadelphia, continued inventing, and continued to be connected to Milford both for business, government and family reasons. Although he had no legal education, he was appointed by the governor to be an Associate Judge of the first courts to be held in these parts. Many of his children took up residence here, and their names – Ann, Catharine, Elizabeth, Sarah, George and John – live on in the names of our streets.

The Milford Enhancement Committee is the present day embodiment of the historic Village Improvement Association. The MEC has improved street trees, landscaping, streetlights, bluestone sidewalks, benches, and overall aesthetic improvements to town. Nearly $5.5 million have been invested in enhancing and restoring the street environment of our historic county seat. In addition, thousands of hours of time and effort have been donated by individuals, businesses, and Milford Borough employees. Milford is a national model for civic improvement.

Milford is the County Seat of Pike County with a population of 1,104, in an area of 0.5 square mile is important as the principle trade and services center to local residents, offering entertainment and community activities. More information on Milford Borough is available on their website and others including Scenic, Wild Delaware.

To inspire people to explore Milford and all that it has to offer from its eateries, shops and history to the experiences of its true beauty – the outdoors. Through events, marketing, and relationship building, Milford Presents has grown from an event-producing group to the official marketing vehicle of Milford, PA, ensuring the viability of its business community through its efforts.